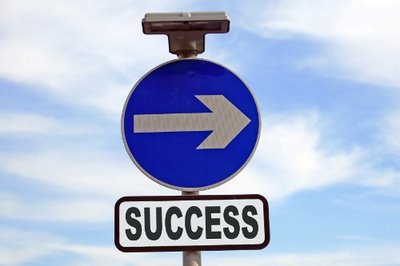 According to thefreedictionary.com, success can be defined as the achievement of something desired, planned, or attempted. But it’s not simple as it seems. It just defines the concept of word success.

My conception of success involves more than a simple reached desire. Success has a relation with the life. Therefore, it’s not just gaining a lot of money, or conquer the woman of your dreams, success is something which you sometimes neither perceive that you reached.

Thus, if you are happy, it’s due to it. Even if you do not have lots of money, the best job or the more beautiful woman in the world, but if you have made real friends, have found a person that really loves you, and can look backward and do not regret anything that you did, you can consider yourself successful.

That is the real success to be reached: a life where you really did something good for yourself and for the people around you. If you have done that, I’m almost sure that you feel like a successful person.

Another thing to increment about success is the fact that, you just are successful when you work hard to reach what you want. The things that make you successful do not come easy to you. Einstein used to say that the only place where success comes before work is in the dictionary. I think that there is nothing better to conclude my ideas.