All the cities in the world face a lot of problems and, in my city, it’s not different. Nowadays I’m living in Blumenau, a beautiful city which was colonized by Germans and, therefore there are a lot of Germans living there. But that’s not the problem. The problem is the fact of the people, the germans, when arrived at the place where today is Blumenau, had built their houses close the river. 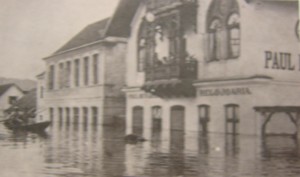 Now you may ask me: So, and what’s the problem? Well, everybody today knows that the Blumenau’s

main river get full very fast when there is a long period of rain. I mean, just one week of rain and the river is completely full. The problem is when the rain doesn’t stop in a week. After that, the river overflows and every little house there is close the river, get full of water as well.

It happened in 1983, one of the strongest flood. Another strong flood had happened in 2008, where a lot of people died due some big landslides as well. 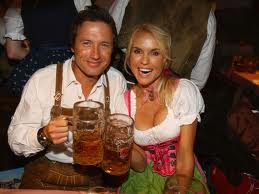 As you can see, it’s not a recent problem. I think it has been happening since the germans arrived there and, as I said, built their houses close the river. I’m not telling you, reader, that it’s the German’s fault, but they should have built the city a little more distant of the river to avoid this kind of problem, don’t you think it?

I really don’t know how to solve this problem, maybe we could build some water galleries under the city to make the water drain, or something like that, but I really think that the better solution is to keep the eyes in the river and in the weather forecasting to be able to get our things and go away, when it seems to happen again.

As I said before, that’s not something which happens just with our city. Most of cities close Blumenau, face exactly the same problem. If it’s raining right now, I just want to say: good luck for us.

2 comentários em “Problems of Blumenau – Chopp in a Flood, My english exercise”